Think you’re all for gender equality? Your unconscious may have other ideas

Magdalena Zawisza, Senior Lecturer in Psychology at Anglia Ruskin University, discusses the unconscious biases we have about men and women, how these biases present themselves in the workplace and how we can combat this.

The words of my doctor from earlier that morning were still ringing in my ears when I found myself slamming the brakes of my car to avoid a nasty collision. An incompetent driver was cutting across two lanes at a roundabout just in front of me. Still perspiring somewhat I carried on to drop off my screaming child with the nanny. It was a hectic morning.

Now let’s stop to take a breath and ponder on this story. Was the doctor you imagined male? Was the bad driver female? And what of the nanny and the narrator? Females too? If so, you have just experienced unconscious gender bias. You are not alone. Even the almighty Google image search “thinks” 75% of doctors are male but in reality women make up just over half of GPs in the UK. In fact Google has been accused of unconscious bias in its own operations as over 79% of its managers and engineers are male. Apple, Facebook, Twitter and Yahoo are not far behind.

What exactly is unconscious gender bias and why do we have it? Unconscious, or implicit, bias happens outside of our control and awareness. It’s automatic and reflects the associations we acquire as we socialise into the culture we grow up in. You can test your own implicit biases more scientifically by taking this Implicit Association Test. The test was designed to capture the brain’s learnt automatic associations. Since it is based on time reactions it can bypass our social desirability concerns and tap into unconscious biases. As such it is reportedly superior to self-report measures of prejudice in predicting behaviours.

Even the almighty Google image search “thinks” 75% of doctors are male but in reality women make up just over half of GPs in the UK.

Implicit bias is a result of our mind developing mental shortcuts to navigate the complexities of reality efficiently. It is often evolutionarily adaptive. For example, we automatically favour flowers over insects, which protects us from being stung by something that might harm us – a spider for example. This is both a normal preference for most people but has also been seen in implicit association tests. However, implicit association studies also show that we favour the young over the old, the white over the black and heterosexuals over homosexuals. But what about unconscious gender biases?

Women are wonderful, or are they? You may be surprised to learn that research reports that we consistently prefer women over men and mothers over fathers implicitly. This is akin to the WAW (“women-are-wonderful”) effect – women being perceived positively on the whole as they are stereotyped as supportive, nice and gentile.

This effect, however, disappears, and even reverses, the moment women step in to the “male domain” or otherwise challenge stereotypical expectations. For example, people implicitly (and explicitly) prefer male to female authority figures, male to female leaders and non-feminist women to feminists. My own research shows that female students implicitly prefer housewives over businesswomen. The implicit pro-female preference also reverses in men when they expect to interact with a superior woman as opposed to an equal or subordinate one.

We only need to look to the recent American presidential election to see some real life examples of this effect. Donald Trump himself claimed that “nobody respects women more than I do” just three months before a record of his boastful groping account was revealed. 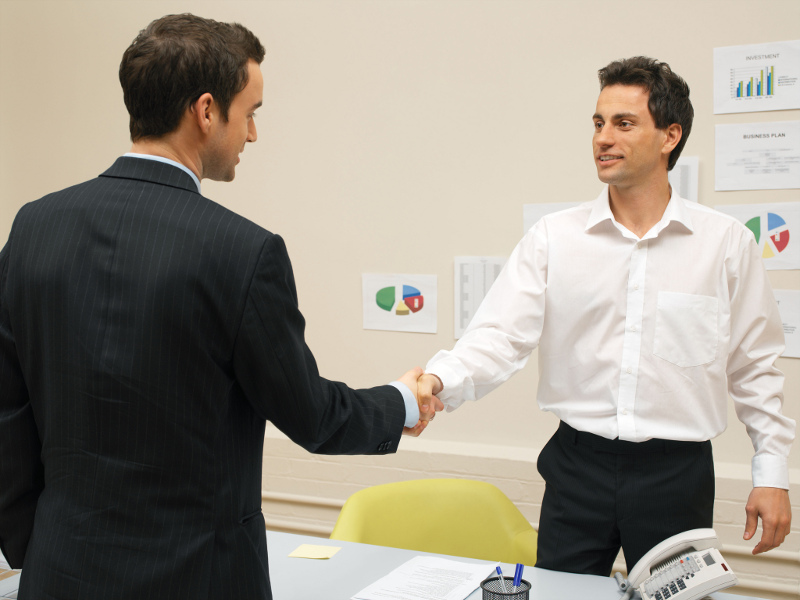 Turns out most of us are more comfortable with male businessmen than female ones. Image from reynermedia. CC BY 2.0.

So what about implicit bias towards men? Are they wonderful too? Again, it depends. Women implicitly prefer an egalitarian to a sexist or “typical” man, while men prefer that same egalitarian male less. Male public and private sector workers in my samples show slight implicit preference for a househusband over a businessman male type – perhaps due to the homely men’s greater likeability. Still, when compared to women, traditional males – such as those in authority or leadership roles – are preferred.

What can we do about it?

Why does this matter and what can we do about it? Unconscious bias is particularly problematic in the world of work and education. Even in a supposedly objective academic setting male applicants for lab manager position in one experiment were hired more often and offered more money when their name was John as opposed to Jennifer – despite identical CVs. When professional women become mothers they suddenly are perceived as less competent – a trade-off which does not affect men when they become fathers.

Unconscious bias limits, among others, people’s occupational prospects. The first step to deal with this is an awareness of the problem. The nature of our cognition and thinking processes means that all of us are vulnerable to various unconscious biases and all of us may be subjected to them. For example, one study showed that men under-performed on social sensitivity tests (for example decoding nonverbal cues) when they were told that the test assessed social sensitivity and produced better scores for women than men. Men who were told that the test assessed information processing did not under-perform.

However, since unconscious bias has its roots in the social world we live – where we learn associations from the gender roles we see around us – the surest way to diminish it is to provide alternative associations.

This could be achieved by encouraging equal participation of men and women across traditionally gendered social roles. Once all doctors, drivers, nannies and world leaders are split fairly between male and female – and we see this represented across the media and elsewhere – over time we can move towards equal implicit associations. In the meantime we need to at least make the unconscious conscious so that it is less likely to play a trick on us.

This article was originally published on The Conversation. Read the original article. CC BY-ND 4.0.

Is it OK to judge | other people?