Dr James Willams from the University of Sussex investigates the reasons why young people seem to be becoming more disconnected from religion (secular).

It’s official: the people of Great Britain have lost faith. New research from the British Social Attitudes survey reveals that 71% of young people are not religious. Overall, 53% of the population in England and Wales are non-religious. It is the first time that following a religion has been a minority position. Only 18% of people are actively practising.

So why is this happening? Are the young just feckless, uninterested, or has society somehow “failed” to persuade them that religion should be part of their lives? Around 20% of British schools are, after all, “faith schools”. Surely a religious school, chosen by parents, should produce young people who are religious?

But perhaps not. It may well be that our improving education system is having an effect on the belief systems at work in such schools.

It seems to me that with better education, the teaching of critical thinking, and improvements in general scientific knowledge and understanding, the faith system that religions operate under is failing to convince young people to adopt their beliefs. It’s happened before.

One of the most famous scientists to have “lost faith” was Charles Darwin, who drifted away from religion as his understanding of science and the world increased. Many believe his loss of faith came after the death from tuberculosis of his beloved ten-year-old daughter Annie in 1851. It was certainly a major blow, but evidence from Darwin’s writing reveals a more complex (and earlier) departure from Christianity.

As a youth, Darwin was religious (although, he said, never devout). As a theology student at Cambridge, having left medical training in Edinburgh, he confessed to not being able “without hesitation” to confirm his belief in God. His discovery of evolution theory didn’t contribute much to his loss of faith – but study of the various people he met on his travels did.

Why, he wondered, if there’s only one God, are so many worshipped? This, along with a realisation that the Old Testament, far from being factual was obviously metaphorical or allegorical, meant that over time he became less religious. One thing he never lost, however, was a belief in a “first cause” for the beginning of everything. 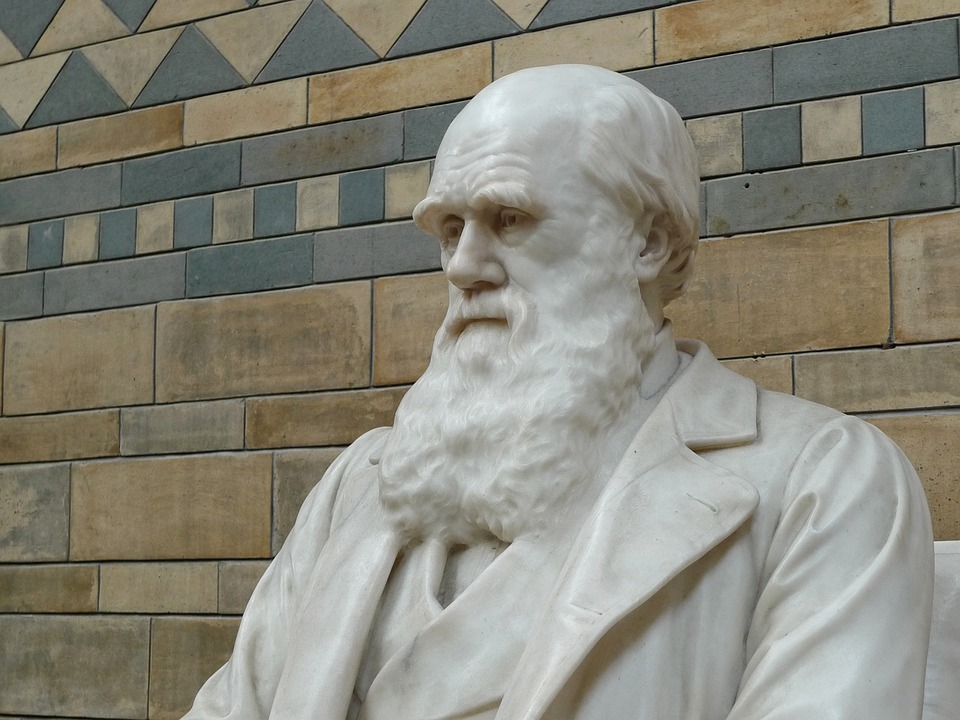 The current British education system values critical thinking. The acceptance of something “just because” is not enough. Children are taught to question things. They are encouraged to engage in problem-solving, using logic and logical thinking to make decisions.

The problem for religion is that it can be very illogical. Take, for example, the idea of a talking snake, or people turning into salt, or a 600-year-old man building a boat to house every species of animal. This is what Darwin realised – such stories were just stories. Not fact, not truth.

The Church today would claim, rightly, that they don’t teach such things as fact, but as mythical tales designed to provide moral guidance. If we examine the Bible more closely, however, we will find some of its “morality” questionable. Even devout Christians would not countenance stoning an adulterer, but this was a Biblical stance. Relevance also comes to mind. If the Bible doesn’t provide a factual account of much and promotes morally questionable things, how can it be relevant today?

As an agnostic and researcher into creationism, I encounter many ultra-evangelical Christians who believe the Bible from first word to last, including the talking snake and the story of Noah.

These people show, in extremis, that belief and faith can be irrational and without evidence – that these are its key characteristics. In life, in modern society and in education, we are now far more dependent on evidence.

This is a rational way of thinking and it is a rational position to take. It also means that when new evidence comes along that contradicts what we thought we knew, we can change our minds. With faith and belief, the process of changing your position is so much more difficult – it is uncomfortable and it undermines the fundamental basis of faith.

So what should religious communities do about their dwindling congregations? It’s clear that being born into a religious family or going to a faith school will not necessarily increase religious uptake.

One answer may be to prevent the labelling of children with a faith at birth, after their parents’ religion. And in schools (which in my view should be secular) teach all children about the various religions, but don’t teach them to be part of a religion.

Joining a faith should be a positive and informed choice by an individual. Perhaps entry to any religion should be restricted to an age where young people can think through the consequences of their decision, perhaps at age 16 or 18.

The various faiths must concentrate more on their role in the community, rather than being an organisation that requires blind obedience to a supernatural being. They should promote community over faith and freely acknowledge that no religion has a complete hold over how to live a good, moral and ethical life.

If they claim this is already their message, then it isn’t being heard. Religion has a lot of work to do if it is to survive.