This article by Prof. Huw Price (University of Cambridge) and Dr Jenann Ismael (The Centre for Time) discusses our understanding of time and how this differs between physicists, philosophers, mathematicians and artists alike.

One thing most of us know about time is that there isn’t enough of the stuff, and that the problem is getting worse.

“Too swiftly now the Hours take flight,” as the English poet Austin Dobson (1840-1921) was complaining already in 1882, nostalgic for the days before steam and electric light.

“Scant space have we for Art’s delays,” he went on; though it turned out to be sufficient space, in his own case, to produce an impressive number of poems, books and essays, despite 45 years in a day job at the Board of Trade.

For some fortunate philosophers and philosophically-inclined physicists, thinking about time is our day job, or at least a part of it.

And while some of the issues we think about are new and technical, linked to recent developments in physics, some of them lie right on the surface, accessible to anyone prepared to think hard about time and its conflicting faces.

What a difference a day makes

Think carefully about what you did yesterday. You’ll be able to assign the day’s events and activities to times, like the frames in a comic book.

How many frames you can fill in, and how accurately you can tie them to times, depends on how good your memory is, and how much you are assisted by other kinds of records.

If you had a life-cam attached to your hat, you would be able to do it by fractions of a second, for the whole day. But it will still be a static series of frames, one for each moment.

Now think about today. It is a different matter altogether. It is actually happening now, in real time, as you read these words – a lived and changing stream of experience, not a static series of frames.

What a difference a day makes!

The contrast between these two views of time is at the heart of some of the oldest puzzles in philosophy and physics.

One view thinks of time just as we experience it, a live process of flow and change. (“All is flux”, as the Greek philosopher Heraclitus of Ephesus put it, around 500BC.)

The other view thinks of time the way we describe it in history, as a fixed and unchanging series of events, lined up in a particular order.

(Here, the credit goes to Parmenides of Elea, another of the early Greek philosophers, who argued that existence is uniform and timeless, and that change is impossible.)

Which is the right view? This is still an issue for fierce debate in philosophy, and Heraclitus and Parmenides both have their contemporary champions.

Philosophers in Parmenides’ camp find powerful allies in modern physics, which is often held by physicists themselves to favour the static picture.

The German mathematician and physicist, Hermann Weyl (1885-1955), for example, insisted that Parmenides was right:

“The objective world simply is, it does not happen. Only to the gaze of my consciousness, crawling upward along the world-line of my body, does a section of the world come to life as a fleeting image in space which continuously changes in time.”

Similarly, in a letter Einstein wrote to the bereaved family of his old friend, Michele Besso, he offers the consoling thought that past, present and future are all equally real – only from our human perspective does the past seem lost:

“We physicists know that the distinction between past, present and future is only a stubbornly persistent illusion,” he wrote. (For this, the philosopher Karl Popper called Einstein the Parmenides of modern physics.)

And the great Austrian physicist, Ludwig Boltzmann (1844-1906), even questions the idea that time has a direction: “For the universe, the two directions of time are indistinguishable, just as in space there is no up and down.”

But even physicists are not unanimous, and some feel that physics is missing something.

Contemporary physicists such as Lee Smolin, and the cosmologist George Ellis, argue that there is a missing ingredient, absent from physics as we have it, corresponding to Heraclitus’s flux.

And the British astrophysicist Sir Arthur Eddington (1882-1944), who first coined the phrase “the arrow of time,” also believed that human experience of time provides an insight into a feature of reality which is missed by Einstein’s Parmenidean view. 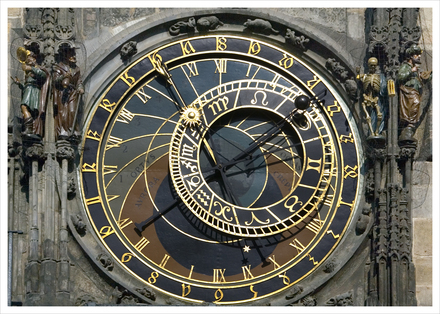 Both sides in this ancient argument are taking for granted that the two views are incompatible – that only one of these views could be the correct view of the nature of time.

But is this really so?

There is a third option, which is to argue that the two views are just different ways of describing the same thing.

One, the Heraclitean “today” view, is a description from the point of view of a particular moment within time.

The other, the Parmenidean “yesterday” view, is a description from no particular point of view from “outside” time, as we might say. But they are both right, just different.

Here’s a familiar comparison. Ask a child who the people are in a photograph of her immediate family, and she will give you answers from her own point of view: “That’s Mom, that’s Uncle Bob, that’s my little sister, that’s me.”

Are these answers different? Yes, obviously. Is either answer wrong? No. They simply describe the same thing from different points of view.

One provides a view from a point within a spatial region, the other a view from outside that region.

Again, the two descriptions of the same reality are different, but they are both true. We are not tempted to say that one of them must be mistaken.

Why does time seem different?

In the case of families and neighbourhoods, were all pretty adept at switching backwards and forwards between the view from inside and the view from outside – between perspectival and non-perspectival representations, as philosophers say.

Nobody is tempted to say there are fundamentally different conceptions of families or of space, embodied in these two ways of representing such things. Why, then, in the case of time, has the difference gotten people so tied in knots?

One natural thought is that the difference has something to do with change.

But in time, apparently, there’s no such fixity. Try to just stand still, and you get carried along from one “now” to another. Or perhaps you stand still, and the “nows” flow past, one after another.

Either way, you think there’s some single thing – you – which successively occupies different nows, different viewpoints from within time. 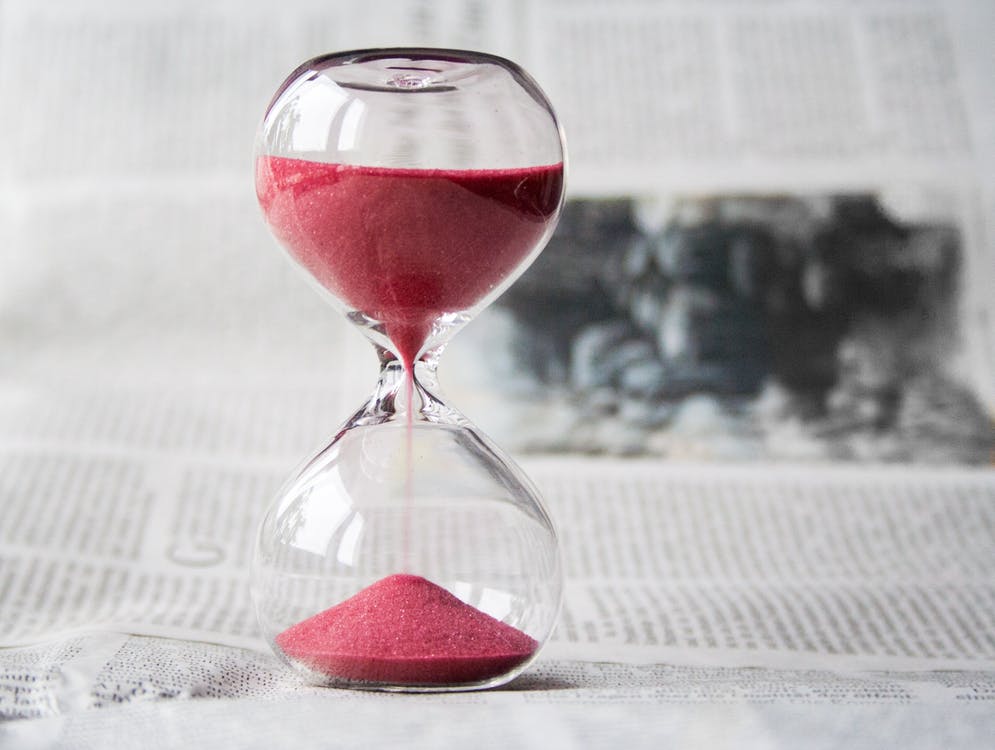 The illusion of the moving self

This sense of a moving self thus seems crucial to the feeling that there is a difference between time and space, or time and family relations.

But is it real, and hence a vindication, deep in our own nature, of Heraclitan “flux”? Or is is some kind of persistent illusion?

If you think it is real, you have to say that we have left something important out of the picture, if we think of our own successive perspectives on time, from moment to moment, in the way we think of the viewpoint of successive generations in a family tree.

What have we left out? Precisely the information about where we are now – about which is our present perspective?

But if this information has been left out, where should it be put back in? Obviously, it depends when we ask the question!

Each of our successive stages has an equal claim to the now by its own lights – and yet none has any claim at all by any other lights.

As the Cambridge philosopher John Ellis McTaggart (1866-1925) saw a century ago, the idea that the now could be real, in a sense which distinguishes one perspective from all the rest, just doesn’t make sense.

So the moving viewpoint – the thing that seems to distinguish time from space, or from family trees – really is a kind of illusion.

The illusion arises when we string together the views of time from different moments, against the background of a view of time from the outside.

At each moment, we are aware (perhaps in memory, perhaps even more directly) that the present perspective differs from its immediate predecessors.

Somehow, the sense of continuity this engenders gives us the idea that there is a single something which occupies the changing perspective – we ourselves, or the gaze of consciousness – or that remains fixed as time flows past.

There are only the various moments in time, and their varying perspectives on it.

But we don’t have to be quite so hardline as McTaggart about this. We can agree that time is real, and think of it as Einstein recommends.

Time itself is real enough, but the flow of time is part of Einstein’s “stubbornly persistent illusion.” 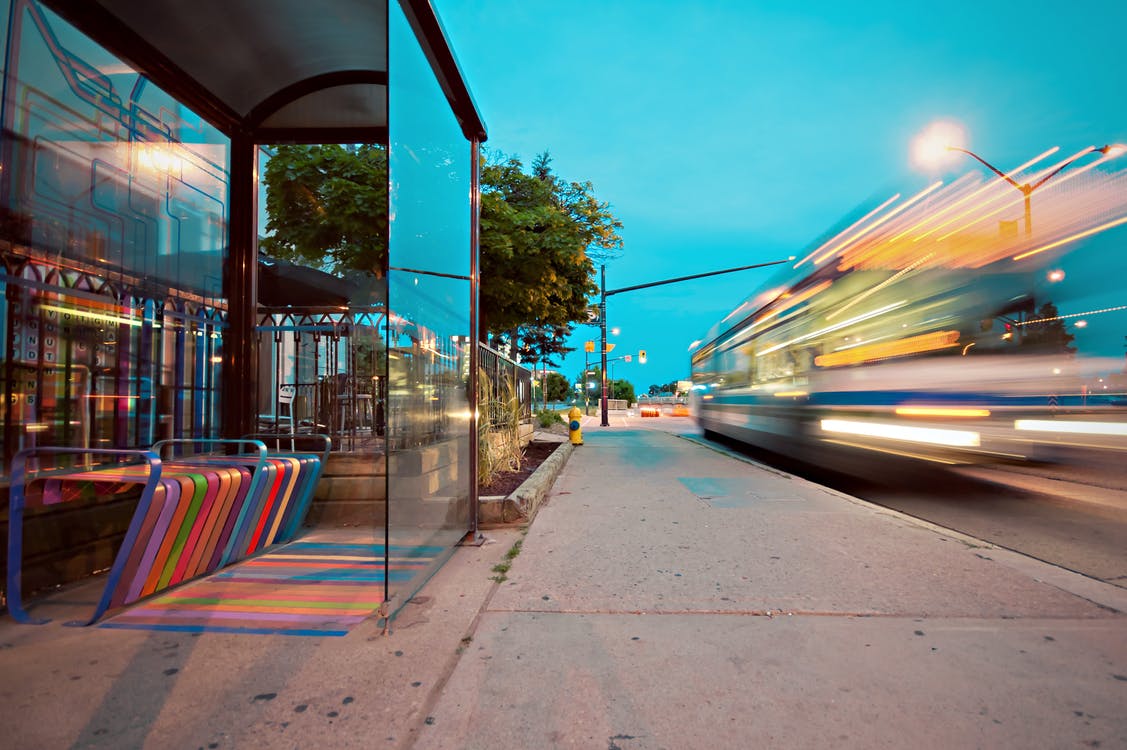 When we are in the grip of this illusion, strange questions seem possible. Is it really time that moves, or is it us?

Austin Dobson thought he knew the answer. Amplifying a theme from Ronsard, he turned it into an amusing reminder of our own impermanence:

Ours is the eyes’ deceit
Of men whose flying feet
Lead through some landscape low;
We pass, and think we see
The earth’s fixed surface flee:–
Alas, Time stays, we go!

But the thought here is really as confused as the plea that Goethe’s Faust imagines – and wagers his soul to Mephistopheles that he will never utter – that he be allowed to freeze a perfect moment, to enjoy it forever.

Nothing moves, neither time nor us. So there is nothing to stop, nothing to freeze. Had Faust taken this lesson to heart (as well as the beautiful Gretchen!), and not made the mistake of wishing for something nonsensical, he might have escaped damnation.

What he should have realised is that his perfect moment, like all moments, has a kind of eternity in any case.

It is always there in history, right where it should be – and no poet, philosopher, physicist or demonic power can ever make it otherwise!

Can time travel ever | be possible?