Why are we now?

Why does life on Earth exist now, rather than at some point in the distant past or future?

We know that the universe is roughly 14 billion years old, and that someday it is likely to end – perhaps because of a Big Freeze, Big Rip or Big Crunch.

But what can we learn by considering our own place in the history of the universe? Why does life on Earth exist now, rather than at some point in the distant past or future?

A team of researchers including astrophysicists from the University of Oxford has set about trying to answer these questions – and their results raise the possibility that we Earthlings might be the first to arrive at the cosmic party.

The paper, led by Professor Avi Loeb of Harvard University and published in the Journal of Cosmology and Astroparticle Physics, suggests that life in the universe is much more likely in the future than it is now. That's partly because the necessary elements for life, such as carbon and oxygen, took tens of millions of years to develop following the Big Bang, and partly because the lower-mass stars best suited to hosting life can glow for trillions of years, giving ample time for life to evolve in the future.

Dr Rafael Alves Batista of Oxford's Department of Physics, one of the study's authors, says: 'The main result of our research is that life seems to be more likely in the future than it is now. That doesn't necessarily mean we are currently alone, and it is important to note that our numbers are relative: one civilisation now and 1,000 in the future is equivalent to 1,000 now and 1,000,000 in the future.

'Given this knowledge, the question is therefore why we find ourselves living now rather than in the future. Our results depend on the lifetime of stars, which in turn depend on their mass – the larger the star, the shorter its lifespan.' 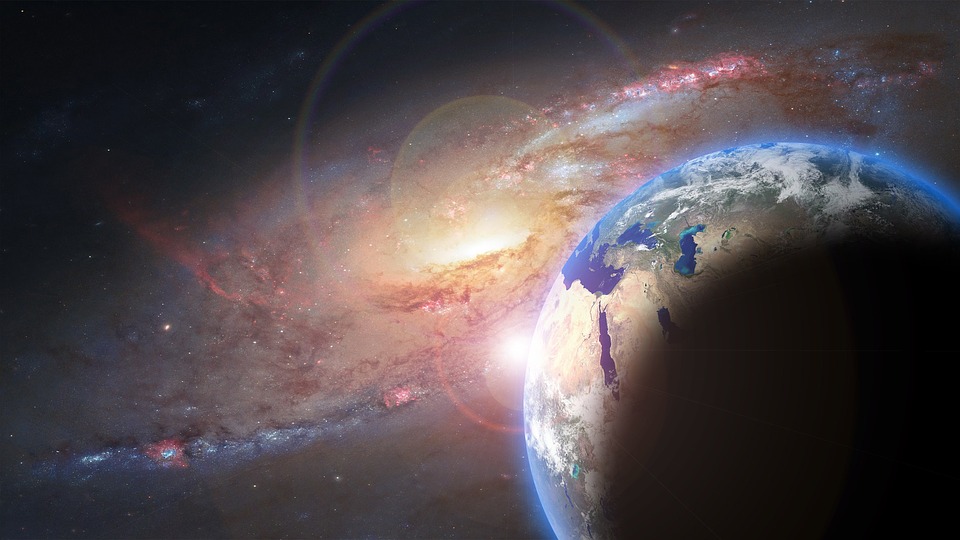 In order to arrive at the probability of finding a habitable planet, the team came up with a master equation involving the number of habitable planets around stars, the number of stars in the universe at a given time (including their lifespan and birth rate, and the typical mass of newly born stars.

Dr Batista adds: 'We folded in some extra information, such as the time it takes for life to evolve on a planet, and for that we can only use what we know about life on Earth. That limits the mass of stars that can host life, as high-mass stars don’t live long enough for that.

'So unless there are hazards associated with low-mass red dwarf stars that prevent life springing up around them – such as high levels of radiation – then a typical civilisation would likely find itself living at some point in the future. We may be too early.'

Co-author Dr David Sloan, also of Oxford's Department of Physics, adds: 'This is, to our knowledge, the first study that takes into account the long-term future of our universe – often, examinations of questions like this focus on why we arrived so late.

'Our next steps are towards refining our understanding of this topic. Now that we have knowledge of a wide catalogue of exoplanets, the issue of whether or not we are alone becomes ever more pressing.'

The full article can be found on the University of Oxford's science blog.

Could we live | on another planet?