This article by Alison Petch - as part of the 'England: The Other Within' project - discusses Englishness and Victorian death rituals with reference to some of the fascinating objects at the Pitts Rivers Museum, University of Oxford.

Birth and death are the only certainties for all humans, and every culture has had customs and rituals associated with burials and with the mourning of family and friends. Many of the English items in the Pitt Rivers Museum in this category come from the eighteenth and nineteenth centuries when there was a very strong interest in the customs associated with death and mourning. It is said that this interest was fostered by Queen Victoria's response to the death of her husband, Albert, in 1861. Victoria continued to wear mourning for the rest of her long life and for many years withdrew almost completely from public life. She has been described by one source as the 'archetypal Victorian mourner'. [Jalland, 1989: 173] Victorian society, at least from the 21st century perspective, appears to have been excessively governed by formal rules of etiquette. This was as true for matters relating to death as with all other areas of social life. Richardson [1989: 106] comments that:

'... the Victorian celebration of death was largely about show - about the conspicuous consumption of what we now view as a dubious good. Death provided the Victorians an opportunity for making public statements about social worth which were, more often than not, in fact largely about monetary value. .... The Victorian era was one with an obsessive interest in the gradations of social placing; and death served as a prime means of expressing, and of defining, social place.' 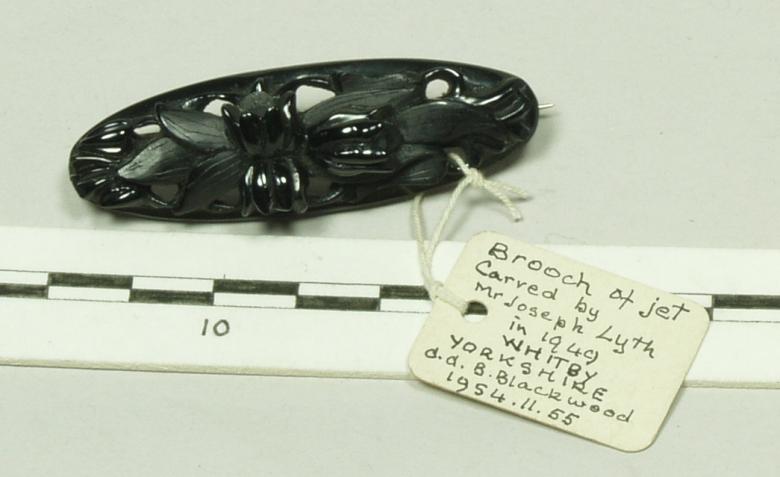 In Victorian England, customs and traditional practices helped to distinguish a 'good death' from a bad one, and to ensure that what followed was seemly and according to accepted behaviour. A good death was generally considered to be the true end of a Christian life, with the promise of eternal life to follow:

'A Good Death meant dying peacefully in your own bed, surrounded by family and friends, with a clergyman on hand to administer the Last Rites and your children brought in to kiss you goodbye. Elaborate Victorian customs eased the transition from deathbed to the final resting-place of the grave, from natural sleep to the sleep of death. A Good Death meant the opportunity for famous last words ... The worst fate was to die alone.' [Arnold, 2007: 182]

Attitudes to death in England have changed considerably since Victorian times. Where once it was commonplace and acceptable to wear ornaments made from the enduring parts of relatives' corpses (that is, hair) it has come to seem unsavoury (unpleasant). [Hallam & Hockey, 2001: 4] We have now generally become more squeamish about death, we are much less likely to view the bodies of even close relatives once they are dead when once it would have been expected that neighbours and friends, as well as relatives, would have visited the corpse before interment (burial). 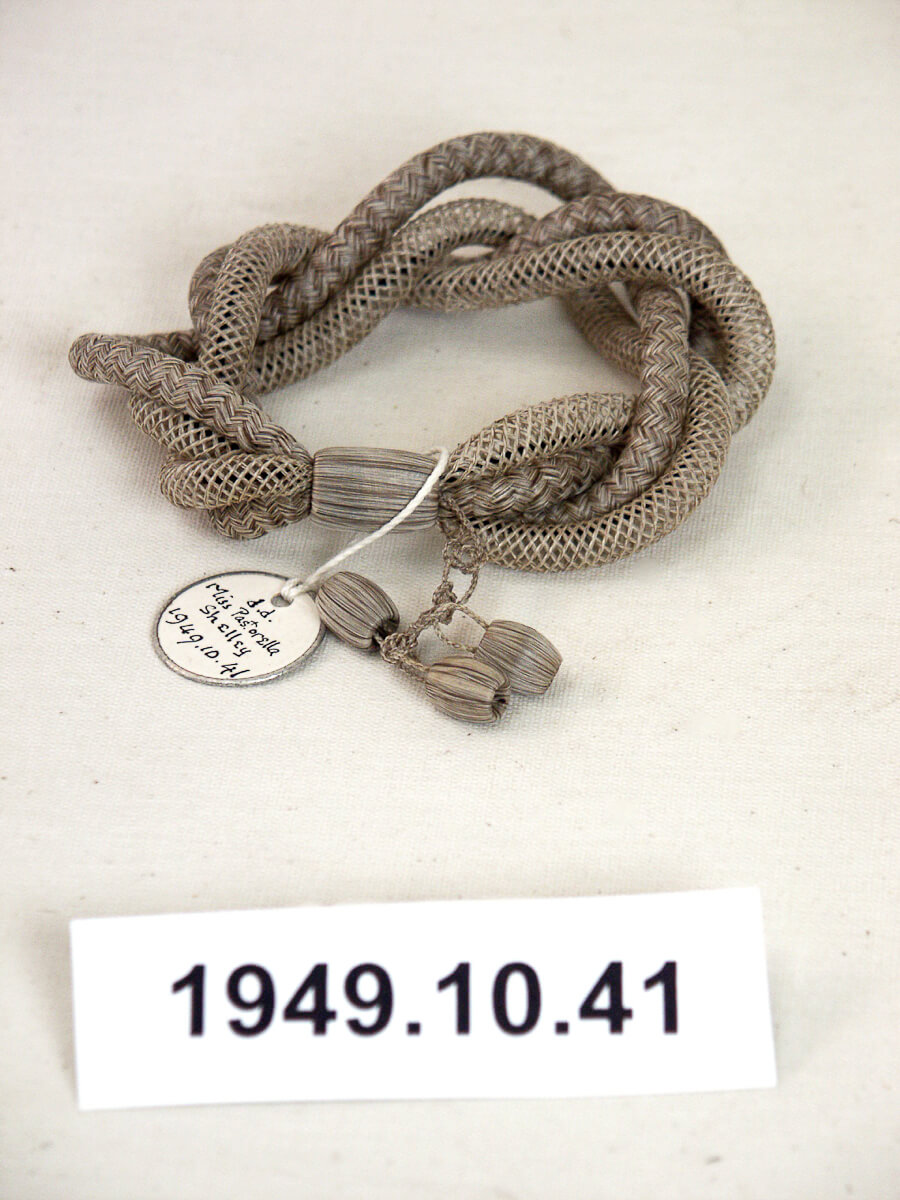 1949.10.41 Bracelet made from the late Mrs Farrer's plaited and netted grey hair in January 1867. Donated by Pastorella Shelley.

All cultural values are relative and shift over time and space, but in relation to death, some of these values may change greatly over relatively small periods of time or short distances. Even today, for example, the relationship the English have with the dead is different from that experienced in Scotland or Ireland. Death is an event which like most life crises, is most likely to be associated with religion. For this reason, many of the artefacts dealt with in the web pages (hyperlinked below) relate to items relate to Christian burial practices. The Museum does not currently have any artefacts in its English collections that relate to other religion's death related customs.

Death-related artefacts from England in the Pitts Rivers' collections can be loosely divided into the following categories:

Most of the items relating to death in the Pitt Rivers Museum English collections were made or acquired during Victorian times, the zenith of the period when English people most closely grappled with the issues and customs relating to death. Although these collections are not extensive, they are diverse and interesting and cover most aspects that make this subject of abiding interest to many scholars. It would be interested to collect this type of object today in contemporary England where most people prefer not to think of death unless it is unavoidable, and avoid artefacts related to funerals and, most particularly, to dead bodies. It is likely that this public attitude will change again over time, indeed it may be that events such as the reaction to the death of Diana, Princess of Wales, in 1997 may indicate that change is already underway. The advent of memorial internet sites and 'green' funerals may indicate more change.

This article and supporting images are taken from the Pitts Rivers Museum's website. To read the original article.

Is there life | after death?